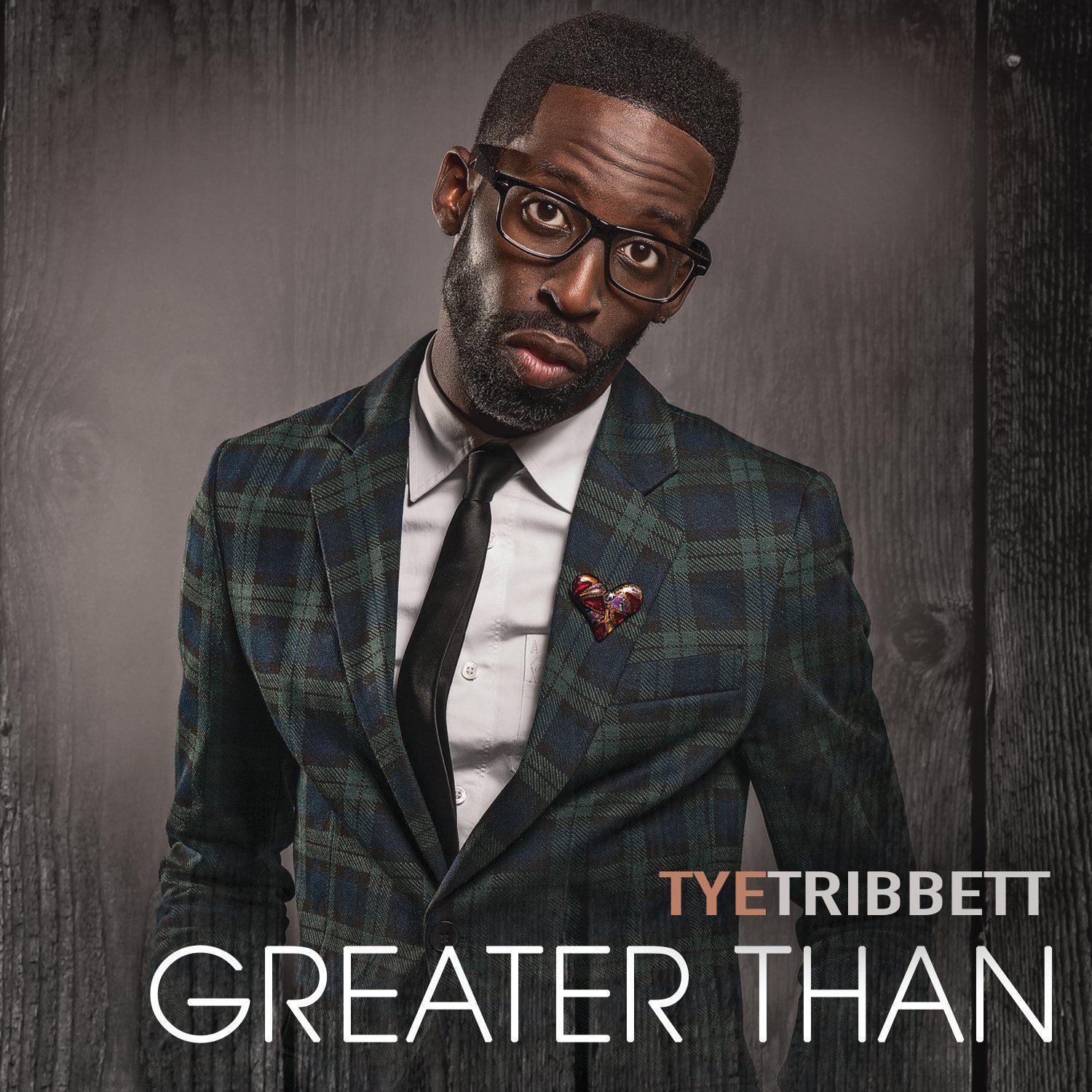 Tye Tribbett is set to release his fifth and highly anticipated album 'Greater Than'. With a career of groundbreaking and chart-topping, albums, hit singles and career achievements. Tribbett's musical style, has always been considered forward and refreshing, he is a true talent and amazing stage performer. His ministry speaks to the heart of a new generation and his uniqueness is unmatched and unparalleled. From the opening performance of his new single, 'If He Did It Beforeâ¦Same God,' at the 28th Annual Stellar Gospel Music Awards Tribbett received rave reviews and a standing ovation. His upcoming album 'Greater Than' is set to be a fan favorite and placing Tribbett's newest release where he is known to be, next level.

ABOUT TYE TRIBBETT
Tye Tribbett first came to national attention in 1997 when he entered his group, GA, into the McDonalds and Wrigley's Gospel choir competitions, where they 'swept the competitions,' winning first place in all categories. The group quickly became highly in demand, performing with music industry superstars Gloria Estefan, LeAnn Rimes, Elton John, Luther Vandross, and Stevie Wonder. They also appeared with Jill Scott, India Arie, John Mellencamp, Musiq Soulchild, and The Roots, among many other artists, and toured with Faith Hill and Don Henley. Tribbett and his group performed 'Let Go, Let God' on the soundtrack of the Dream Works animated film 'The Prince of Egypt' with award-winning duo Mary Mary. The group also appeared on Commons' Electric Circus album, Jessica Simpsons' Christmas album, Will Smiths' project 'Lost amp; Found', on a song featuring Mary J. Blige, and Justin Timberlake's 'Cry Me A River.'

His highly anticipated debut album, 'Life' (2004), brought Tribbett and his group, GA (Greater Anointing), a wide array of new fans and a Stellar Award nomination. Tribbett's sophomore project with GA, 'Victory', was released in 2006, debuting at #1 on Billboard's Top Gospel Albums chart. This break-out project, which included the #1 gospel radio single, 'Victory,' received three Stellar Awards, three GRAMMYÂ® Award nominations and a Dove Award nomination. His third release, 'Stand Out' (2008), again topped the charts and earned the group another nomination for a GRAMMYÂ® Award. In 2009, Tribbett, who is also an accomplished musician who plays multiple instruments, retired GA and made other changes in his musical style and direction, resulting in the 2010 release of the aptly named 'Fresh'. The CD, which the Washington Post called 'a wondrous album,' also entered Billboard's Top Gospel Albums chart at #1.

The history of mathematics is nearly as old as humanity itself. Since antiquity, mathematics has been fundamental to advances in science, engineering, and philosophy. It has evolved from simple counting, measurement and calculation, and the systematic study of the shapes and motions of physical objects, through the application of abstraction, imagination and logic, to the broad, complex and often abstract discipline we know today.

From the notched bones of early man to the mathematical advances brought about by settled agriculture in Mesopotamia and Egypt and the revolutionary developments of ancient Greece and its Hellenistic empire, the story of mathematics is a long and impressive one.

The East carried on the baton, particularly China, India and the medieval Islamic empire, before the focus of mathematical innovation moved back to Europe in the late Middle Ages and Digipartspower AC/DC Adapter for Tommee Tippee Baby Monitor 1082. Then, a whole new series of revolutionary developments occurred in 17th Century and 18th Century Europe, setting the stage for the increasing complexity and abstraction of 19th Century mathematics, and finally the audacious and sometimes devastating discoveries of the 20th Century.

Follow the story as it unfolds in this series of linked sections, like the chapters of a book. Read the human stories behind the innovations, and how they made – and sometimes destroyed – the men and women who devoted their lives to… THE STORY OF MATHEMATICS.

The main Victoria: Devotion to our Lady is supplemented by a List of Important Mathematicians and their achievements, and by an alphabetical Glossary of Mathematical Terms. You can also make use of the search facility at the top of each page to search for individual mathematicians, theorems, developments, periods in history, etc. Some of the many resources available for further study (of both included and excluded elements) are listed in the Sources section.